EXPERTS IN RF CIRCUIT MINIATURIZATION,
SYSTEM-IN-PACKAGE AND
ANTENNA-IN-PACKAGE IT'S ALL IN THE PACKAGE !

There has been an explosion in the use of Short Range Wireless Solutions in recent years, driven principally by the arrival and development of the Blu...

There are two basic approaches to designing a wireless system – build the system from the ground up, with an RF chip, passives, filters, and connect a...

Avnet Silica signs deal with Insight SiP, broadening its offering of integrated RF modules based on system in package technology

The management of workplace health and safety risks in the Covid-19 era has highlighted the importance of Personal Protection Equipment (PPE) for work...

Evolution of Bluetooth and other Short-Range Radio technologies

Bluetooth has existed for over 30 years. Zigbee nearly as long. Other short-range radio technologies such as ANT+ and Thread are more recent. Poor int...

Insight SIP offers a range of module which are the smallest on the market, allowing our customers to add wireless technologies in the smallest spaces together with a tradeoff of price/performance that suits their needs. This has been achieved using our unique System-in-Package and Antenna-in-Package Technology. Our Module Product range with MCU and Antenna offers the best solution for high volume production with ultra-low power.

Corporate presentation
Who are we ? What do we do ?

Some of our customer applications

Off-the-shelf modules or customized board designs

Already designed and approved in more than 1000 products

Easy to design with

Enable the smallest & the thinnest products

There has been an explosion in the use of Short Range Wireless Solutions in recent years, driven principally by the arrival and development of the Bluetooth Low Energy (BLE) standard. Whilst plenty of short range wireless solutions existed previously, their uptake was limited. This was either because they focussed on narrow niches such as Zigbee or ANT or were ill-suited to battery powered or intermittent use such as Bluetooth “classic”. BLE fulfilled the original general “cable replacement” objectives of the original Bluetooth standard. With BLE quickly becoming natively available on phones, laptops and tablets, there was a ready-made market of devices to connect to.

Whilst wireless connectivity brings many advantages, security is one where wireless brings additional weaknesses. A wired connection can be probed or diverted, but it requires physical access and quite visible interference. Wireless connectivity, by contrast, makes it possible to spy on data transfer or inject malicious content remotely and unseen. This article discusses how security in short range wireless is evolving as the solutions – and attacks - become increasingly sophisticated.

Most of the early BLE solutions were quite simple point to point connections between one device and another. A BLE connection has two main levels of security - a “pairing process” whereby a secure link is established between two devices and then data encryption for actual data transmission.

Pairing is in many ways the weak point of point-to-point connection security and can be open to “man in the middle” attacks, whereby a third-party device connects to the two legitimate devices, and places itself between them, allowing it to spy on or manipulate data. This risk can be reduced via an “out of band” exchange of data for pairing i.e., either manually entering a passcode or exchanging keys via a different channel such as NFC. The downside is increased complexity for the user, and cost of devices. This highlights a key issue when considering security – there is rarely a “right” answer. The challenge is to find the right trade-off between security, useability and cost.

Once a connection is established, then data is encrypted via AES-CCM 128-bit symmetric key cryptography which is generally considered secure. However, this is only true provided the key remains secret. One issue with many simple BLE devices is that they have limited integrated microprocessors with no secure memory storage. Therefore, it is possible for an attacker to temporarily gain access to a device and steal the key for future spying purposes.

Even if we assume that the link is secure, this only establishes a secure point-to-point connection. Newer applications are increasingly more widely connected, and data is ultimately transferred far beyond a simple point-to-point link – perhaps from a device to a cell phone, then up to the cloud, and then onto a further proprietary system. This introduces a vastly enlarged “attack surface” for those of malicious intent.

In such an environment, link level security may no longer be enough. An end-to-end security layer could be required to ensure safe operation. If one considers the example of a medical related wearable, erroneous data could, in extremis, be life threatening.

For an end-to-end secure system, there are two major considerations. Encryption is one – that data can pass from one end to the other, but not be readable by anyone even if they had full control of an intermediate relay point. The second is authentication – that data apparently coming from an end device really is indeed coming from that device, and not being injected by a malicious actor, or the reverse.

Encryption is often seen as the principal issue in security, but authentication is often the most crucial step. To illustrate, you might not want people spying on your financial transactions when you use a credit/bank card, but you would probably be far more concerned if someone could easily pretend to be you and access your bank account.

Unfortunately, in the security realm, solving one problem often leads directly to simply creating another. In this case, the immediate issue that arises is how you exchange and store keys securely.

The ultimate solution for key storage is to use a hardware “secure element” that is programmed in a secure factory by a trusted partner. This approach has been applied successfully in smartcards to protect bank cards and in SIM cards to limit access to the cellular networks.

Block diagram of “a secure processor”

Unfortunately, this solution is only applicable directly to systems that are produced in extremely large quantities by a small number of multi-national digital security companies. Clearly, transposing this to the world of short-range communication poses several issues related to the fragmentation of the market, with many products and industry players.

Whilst the older generation of wireless devices were typically entirely open, newer generations of product integrate additional security features into the system. Amongst other things, ARM’s “TrustZone” includes a secure key unit. Here, a key storage unit and cryptographic services are held in a secure part of the processor. In practice, this means keys can be put in, but once inside cannot be read out, and cryptographic operations are carried out inside the secure part.

The “trust zone” can be considered the first step in improving security from zero towards the ultimate “smartcard” level. Nevertheless, it suffers from being implemented in standard silicon without specific hardware protection against key reading through side channels, such as power fluctuations. It is also arguably too flexible, meaning inexperienced designers may leave security flaws through mistakes.

The next step towards security is to add a hardware secure element that would act much in the same way as the secure element in a smartcard. Here the issue is to manage the provisioning of keys in such a way as to be relatively secure without the high overhead of the secure “Fort Knox” trusted factory.

Future chipsets and modules will certainly have a higher level of security than is currently the norm. Key storage solutions will be included that are based on embedded zones in the communication SoC or on a companion hardware secure element. Provisioning of keys will also evolve to satisfy the needs of different levels of security whilst avoiding the cost and complexity of the approach used in the smartcard industry.

Mesh networks provide additional challenges for security architecture because, by design, their aim is to make it easy to add devices to networks including “SmartHome” networks. The risk is that a malicious hacker could find a way to join a device to the network, then cause damage, gain entry, or adopt devices for a denial-of-service attack.

Mesh networks can be particularly vulnerable because they can have universal network keys. So if this key is obtained, free access is available. In such a system, key storage becomes critical because even if an intruder has temporary access to a device, the keys remain hidden.

Over-the-air updates are a common feature of the latest generation of wireless devices, offering another line of attack for hackers. This is protected against by a Secure Boot process which verifies firstly, that on startup, the code to be loaded has not been changed since the last Boot, and secondly, that any update package contains the correct digital signature to authenticate the origin of the code. Many newer generation devices integrate Secure Boot processes into the hardware.

Ultimately, security is always a trade-off. Adding security features will variously add cost, design complexity, degrade performance characteristics including throughput, power consumption and useability. This is especially pertinent for small wireless devices, which often aim to be low cost, and are part of devices with simple, limited interfaces. Nevertheless, as the sophistication and connectivity of wireless devices grow, so does the interest of malicious hackers. It is an ongoing challenge for wireless designers to respond. 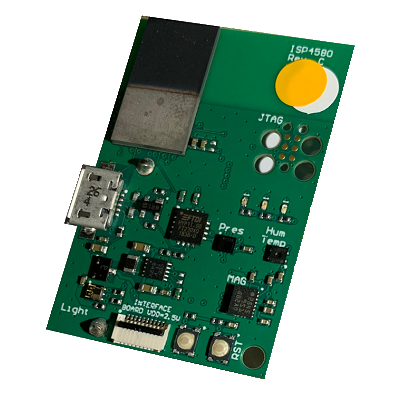 The host processor that handles the autonomous sensor application, the BLE protocol stack, the LoRa drivers and the communication with the sensors is a low power 32-bit MCU (ARM Cortex-M4F based), integrating 512 KB Flash memory and 128 KB RAM.

The complete device makes use of Insight SiP ISP4520 BLE & LoRa module together with low power 3-axis Accelerometer, Temperature / Humidity and Barometer and Light sensors connected to a primary button cell battery CR2032.The ST Micro LSM9DS1 3-axis linear accelerometer / magnetometer is used to detect acceleration and is combined with the ST Micro LPS22HB Barometer, the LITEON LTR-303ALS Light sensor and the SHTC3 Sensirion Humidity / Temperature sensors. 3 mini-LEDs are also part of the board and are available to be controlled by software.

In order to assist clients in developing their LoRa + BLE Smart solutions based on the ISP4520, Insight SIP offers Test Boards, proposed as stand alone PCBs, or included in Evaluation Boards which provide full hardware and software development environment. Used as stand alone solution, Test Boards also offer test points for all IOs and can be used in conjunction with Nordic Development kits and external J-Link programmers.

Most of certification are pending ...

Corporate presentation
Who are we ? What do we do ?

Some of our customer applications

We are proud they have trusted our expertise ...

Insight SiP optimizes the technology choices to meet customer requirements in terms of size, cost and time-to-market. The design & manufacturing of highly integrated RF systems and sub-systems proposed by Insight SiP is based on:

Insight SiP has access to world leaders design rules for each SiP manufacturing technology and packaging, allowing us to select the most effective combination of process and production partner for each project we are working on: 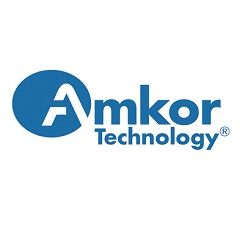 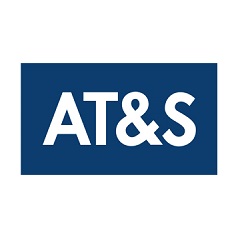 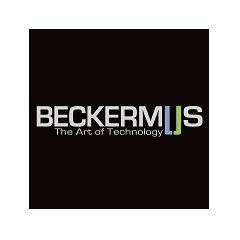 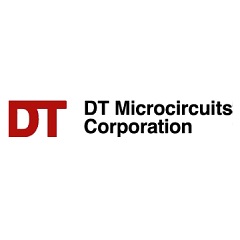 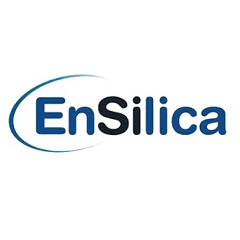 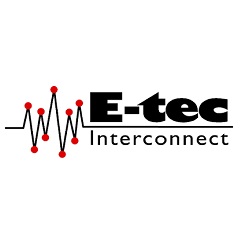 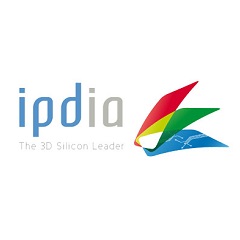 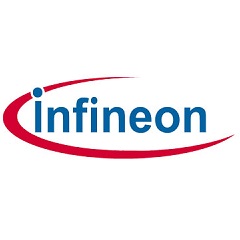 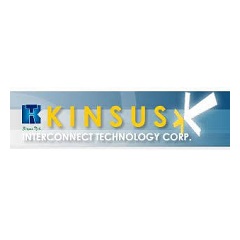 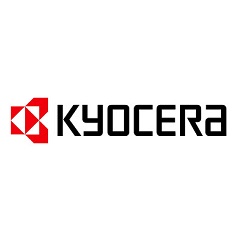 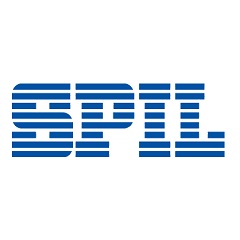 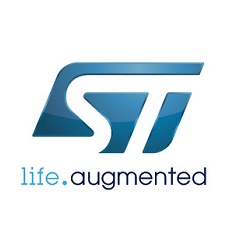 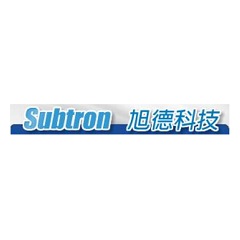 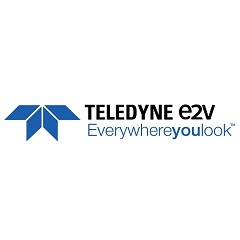 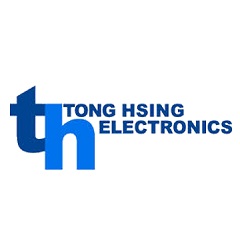 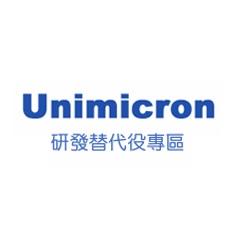 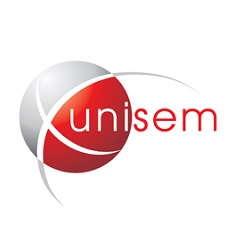 Your newsletter settings have been saved.